GOP: Their Own Worst Enemy

These people just get crazier by the minute: 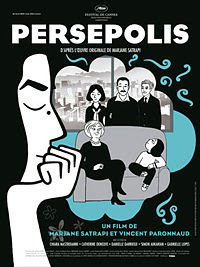 Seemed like an appropriate time to watch the animated film version of Iranian author/illustrator Marjane Satrapi's acclaimed book.
at June 24, 2009

Next time someone parrots at you the "liberal Hollywood" meme,
you might want to bring up the following 40, who are not exactly joining Martin Sheen at his next protest:

And if you think some of these aren't big enough names, ask yourself if the loathsome and pathetic Kathy Griffin wouldn't trade careers with them in a heartbeat.
at June 24, 2009

It's been a week since the New York Yankees lost 2 of a 3-game series at home vs the Washington Nationals, whose win-loss record makes them the undisputed worst team in Major League Baseball, and both the NY fans and the local sports media won't shut up about the Yankees losses to them. People, it happens. Teams lose. And yes, even to inferior ones.

How 'bout some logic: if the Nats are the worst in the majors, then everyone else is better than them, obviously. Therefore, anyone who loses to the Nats, lost to the worst team. And since the Nats are not, say, 3-65 but actually 20-48, a bunch of teams have lost to them. Including the Toronto Blue Jays who lost the next two Nats games immediately after the two the DC team won from the Yankees, which gave the Nats a 4-game winning streak.

Here's a list of teams beaten by the Nats this year, in chronological order:

Not only does that list include the World Champion Philadelphia Phillies, but a couple of contenders, as well. And the rest...well, they're all better than the Nats, remember?

I'm not excusing the Yankees' undeniably poor performance in the aforementioned series; it was a desultory affair to say the least.
But to harp on this incessantly, to the point of eclipsing a really troublesome stat--the Bombers are 0-8 vs the rival Red Sux this season--is ludicrous and borders on hysteria.

Quote of the Day

"...[T]hose guys are fascinating, terrific entertainers. This is a news organization. There can’t be a Fox News without news.”

- The only true 'fair and balanced' Fox News anchor, Sheppard Smith on his colleagues Bill O'Reilly, Glenn Beck, and Sean Hannity.
at June 22, 2009

Is it me or does his inability to rein in this mess in the NY State Senate make Gov. David Patterson come across as the classic ineffective substitute teacher?

I don't know, but I doubt these shenanigans would've had legs under former governors Mario Cuomo or Eliot Spitzer. Just sayin'.
at June 22, 2009

Does PETA Believe in Saint Jude?

As soon as I heard the news that the People for the Ethical Treatment of Animals were unveiling an ad campaign in Argentina to promote vegetarianism--featuring none other than Ernesto "Che" Guevara's hot, 24-year old granddaughter Lydia oufitted in pseudo camouflage gear--the thought occurred to me that perhaps the militant animal rights organization were followers of the Roman Catholic Church's patron of lost and desperate causes. For anyone with even a cursory knowledge of the eating habits of that particular South American nation's people knows what staunch carnivores they are. (Venezuelans, too.) Oh, well...
at June 22, 2009

Beleaguered pitcher Chien-Ming Wang wasn't that great in Wednesday night's 3-2 loss to the Washington Nationals, which led many dismayed Yankee fans to invoke monumental hyperbole and compare this defeat to the Yankees 0-8 record against the detested Boston Red Sox this season. Good grief.

People, please: NOTHING compares to being defeated by the Sux. Every single game against that team should be played/managed like a playoff game, even in April. It means that much on so many levels. Yes, the Nats are the worst team in baseball, but they're not 0-63, just 17-46, so they gotta win sometime. (One out of every three, actually.) Unfortunately, it was the Yankees they beat on Wed. night. Whatever.

I'm not asking rhetorically, but what should Yankee management do with a guy who, before his mid-season injury last year, won 46 games in 2.5 seasons? Dump him? Wang was the Yankee ace in '06, '07, and '08; and now, after not completely regaining his past form this season, we're all ready to write him off? Let's get a grip, OK?

David Ortiz is having a HORRENDOUS season. So what are the Sux fans doing? Staying in his corner and showering him with support. Meanwhile, Yankee fans are ready to give up on Wang; and A-Rod, who's batting like Babe Ruth compared to Ortiz, is starting to hear boos in the Bronx.

Bottom line: not only are the Sux the better team this year, but when it comes to supporting their players, they have the better fans. THAT, pains me as much--if not more--as having lost 8 games in a row from the Sux.

Nazis in the Military: 'Don't Ask-Don't Tell' Not Just for Gays

Salon's Mark Kennard looks into the US military's recent policy of looking the other way when recruiting Neo-Nazis and other avowed racists who "enlist in the U.S. military as a way to receive state-of-the-art combat training, courtesy of the U.S. taxpayer, in preparation for a domestic race war."

Yet, the right-wing gasbags in the media say that Homeland Security and the FBI pointing out this fun fact is an insult to our men and women in uniform. Assholes.
at June 16, 2009

It's not as bad as when Ice-T succumbed to death threat thuggery from factions offended by his band Body Count's song "Cop Killer", and had the song pulled from the album it was included on, but it came close: I was quite disappointed in David Letterman having to apologize for his joke about Sarah Palin's daughter, not once, but twice. The way I see it, he made a bad joke--which I enjoyed, regardless--and Palin retorted with the over-the-top assumption that Dave might be a perv with a thing for young girls. OK, bad joke and low-blow comeback. Fine. Leave it at that. But for Letterman to offer a further act of contrition is highly disheartening to say the least.
at June 15, 2009

Finally, Somebody Said it!

Panetta told The New Yorker for an article in its June 22 issue that Cheney "smells some blood in the water" on the issue of national security.

Cheney has said in several interviews that he thinks Obama is making the U.S. less safe. He has been critical of Obama for ordering the closure of the detention facility at Guantanamo Bay, halting enhanced interrogations of suspected terrorists and reversing other Bush administration initiatives he says helped to prevent attacks on the U.S.

Last month the former vice president offered a withering critique of Obama's policies and a defense of the Bush administration on the same day that Obama made a major speech about national security.

Panetta said of Cheney's remarks: "It's almost, a little bit, gallows politics. When you read behind it, it's almost as if he's wishing that this country would be attacked again, in order to make his point. I think that's dangerous politics."

Michael Rowe recalls the moment when we were made aware of the feelings at the root of all of this recent right-wing hysteria and domestic terrorism:

At a town hall meeting, McCain was confronted by an elderly woman who told McCain that she was a supporter of his because Obama was "an Arab." McCain was clearly uncomfortable, and it was patently obvious why. It had nothing to do with McCain's feelings about Arabs. It had to do with an old-school Republican accidentally moving the rock, and coming face to face with what actually lived beneath it.

By the way, "liberal Hollywood" with its movies and video games are guilty of so much, but hate-spewing, wingnut gasbags are beyond reproach, right? And Jon Voight speaking his mind is a concerned citizen, but Matt Damon doing the same is just an actor, right? Fucking hypocrites.

(I can't believe I just came to bat for an avowed Red Sox fan; talk about politics and strange bedfellows...)
at June 12, 2009

The lower Manhattan lockup known as the Tombs was like a "private club" for a group of Orthodox Jewish jailbirds, whose politically connected prison-chaplain rabbi regularly treated them to feasts of roast beef, salmon and chicken with all the trimmings, The Post has learned.

Rabbi Leib Glanz -- the city jail chaplain suspended Wednesday for organizing a 60-guest bar mitzvah in the jail for an inmate's son -- also ensured that those "chosen few" inmates awaited trial there instead of at the more dangerous Rikers Island, according to a bombshell correction officers' memo, a copy of which was provided to The Post.

"The outlandish and outrageous things that the rabbi is allowed to do in the facility have gotten beyond words and belief," the memo says. "When it comes to Rabbi Glanz, it would [seem] that the Jewish inmates are not in jail but in a private club reserved just for them."

"The inmates are untouchable," the memo added. "When it comes to the Jewish inmates, all rules are put aside."

Let's put aside the blatant favoritism and corruption involved for a second, and ponder this: earthly law can be disregarded and disobeyed, but Talmudic law--namely the consumption of Kosher-only food--must be observed at all costs?

Just a month after making headlines with its allegations that the New York Yankees star likely used steroids as far back as high school, Selena Roberts' "A-Rod: The Many Lives of Alex Rodriguez" has vanished from best seller lists.

Published in early May by HarperCollins with an announced first printing of 150,000, "A-Rod" has sold just 16,000 copies so far, according to Nielsen BookScan, which tracks about 75 percent of industry sales. The book sold 11,000 in its first week, then quickly faded.

At the Rizzoli Bookstore in midtown Manhattan, "A-Rod" has sold two copies. Twenty-seven copies have sold at Posman Books, based in Grand Central Terminal, but none in the past two weeks.

It looks like Roberts should've saved the steroids bombshell for her book, which itself died the moment A-Rod hit a 3-run HR on the very first pitch he saw this season.
at June 10, 2009

A Great Problem to Have

Netherlands to Close Prisons for Lack of Criminals
The Dutch justice ministry has announced it will close eight prisons and cut 1,200 jobs in the prison system. A decline in crime has left many cells empty.
at June 10, 2009

The daughter of a man whose badly decomposed body was found inside a minivan said Thursday traffic cops should have noticed her father over the several weeks they covered the vehicle in parking tickets. 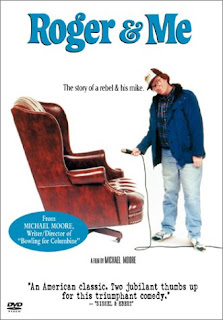